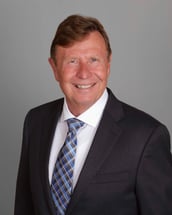 Phigenics was launched because we realized that disease and injury caused by Legionella and other waterborne pathogens was an enormous problem that we could help solve. Tens of thousands of people were being unnecessarily harmed and billions of dollars wasted every year because building water systems were being mismanaged.

Today, the problem persists, but the future is bright because a tremendous amount of positive change has occurred, especially in the last 3 years.

Back in 2004, we identified the root causes of building water system safety issues: 1) lack of awareness about the problem by facility managers, building owners and in the general public, 2) lack of technical consensus about how to solve the problem and no US regulatory drivers to motivate preventative action, and 3) commercial conflicts of interest in the industries that provide products and services associated with building water systems.

Since then, we have seen much improvement in awareness about the problem and in establishing technical consensus about how to solve the problem. Directives, Standards and Guidance about what must be done to prevent disease and injury associated with building water systems have been published. These include the VHA Directive 1061:2014, the ANSI/ASHRAE Standard 188:2015 and the CDC Toolkit:2016, the latter being a practical guide to implementing industry standards for developing effective Water Management Programs. Most significantly, just this month the Centers for Medicare and Medicaid Services (CMS) indicated their expectation that all Medicare certified healthcare facilities have Water Management Programs based on ANSI/ASHRAE Standard 188:2015 and the CDC Toolkit:2016.

The positive impact of this cannot be overstated. Thousands of disease and injury cases will be prevented.

However, while awareness about the problem and how to solve it is on the rise, building water safety issues will persist unless the third cause of the problem is not also solved: commercial conflict of interest. Companies that sell control chemicals and devices should not also verify and validate their own performance per the Water Management Program. Commercially conflicted performance data and technical guidance is economically wasteful and potentially dangerous.

The key to defensible Water Management Programs is independent confirmation that the program is being implemented as planned (verification) and independent confirmation that the program is working as intended (validation). Defensible verification and validation of Water Management Programs must be obtained independently from people and companies who are commercially invested in specific microbial control chemicals and/or devices.

We are pleased that Phigenics has become the trusted, independent Water Management Program advisor to a vast number of leading healthcare organizations in the US. Everyday, our team members are partnering with facility managers and building owners and providing them with Water Management Program development guidance, verification data management and validation testing services for compliance with ANSI/ASHRAE Standard 188:2015 and the CDC Toolkit:2016.

Dr. William (Bill) McCoy, Ph.D., is Co-Founder and Chief Technology Officer of Phigenics. He is a world-renowned expert in preventing disease associated with waterborne pathogens in building water systems. The International Water Association (IWA) awarded him their top prize, the Medal for Outstanding Contribution to Management and Science, in Berlin, 2001. He was awarded the Suez Trophy of Merit in Brussels, December 2002. The IWA published his full-length book entitled Preventing Legionellosis in 2005. Bill has developed many innovations in water technology. He holds 29 US patents, all with international equivalents, and in 2001 received the Inventor of the Year award from The Intellectual Property Law Association in Chicago. Bill serves as an Advisor to NSF International, developing education, training and certification programs on HACCP for Building Water Systems. He currently serves as voting member on the Environmental Health Committee for the American Society of Heating, Refrigerating and Air-conditioning Engineers (ASHRAE) and also as a voting member on Standard Project Committee 188, “Legionellosis: Risk Management for Building Water Systems”. He holds a Ph.D. in Microbiology from the University of Calgary and M.Sc. from the University of Hawaii, two undergraduate degrees in Chemistry and Microbiology from California State University, Long Beach and Executive Management Education from the University of Michigan.

Phigenics is an innovative water management company that meets the increasingly complex needs of facility owners and managers to improve overall water safety while reducing operational (water, chemical, energy) and capital costs. Our innovative solutions and business model represent a clear shift in thinking. We do not sell chemicals or water treatment equipment and we are not driven to provide a solution that is restricted to an internal product line.